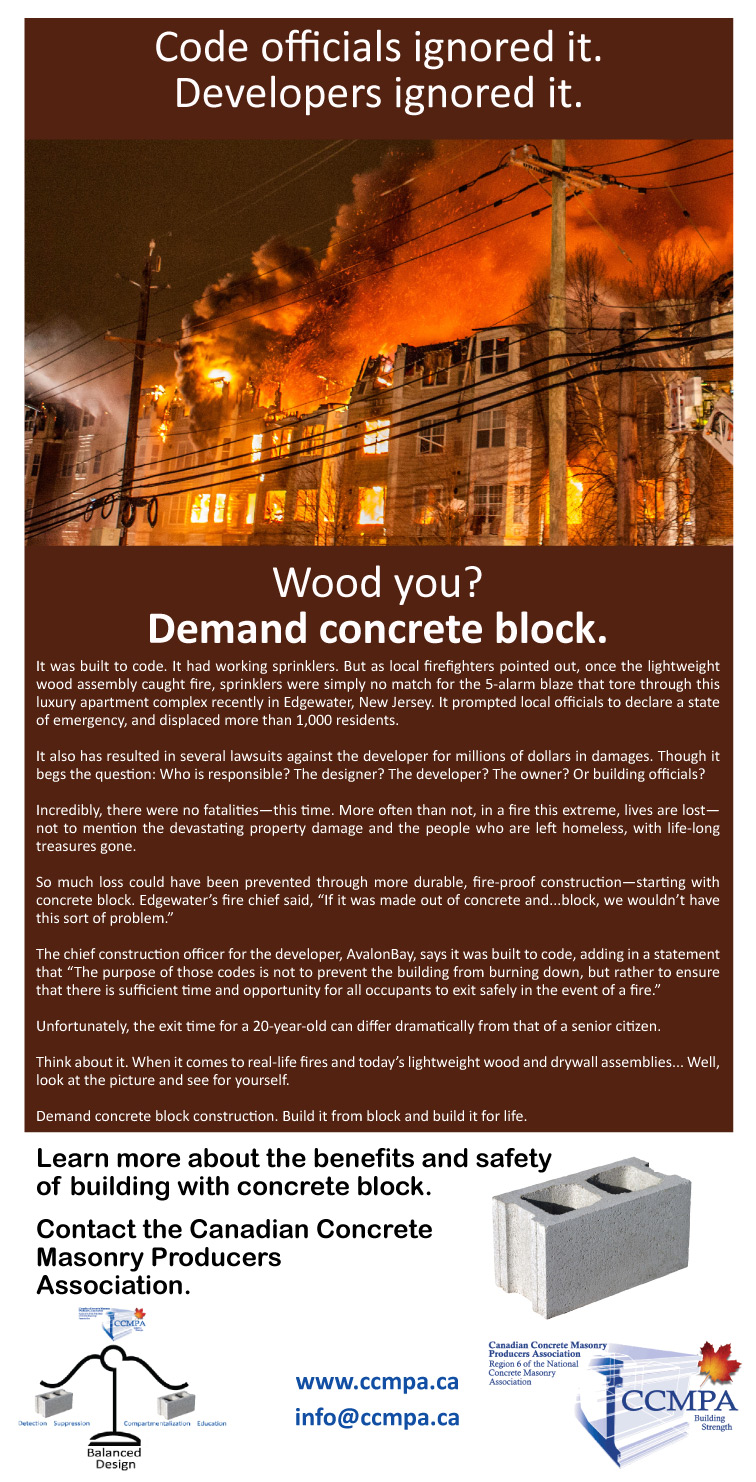 It was built to code. It had working sprinklers. But as local firefighters pointed out, once the lightweight wood assembly caught fire, sprinklers were simply no match for the 5-alarm blaze that tore through this luxury apartment complex recently in Edgewater, New Jersey. It prompted local officials to declare a state of emergency, and displaced more than 1,000 residents.

It also has resulted in several lawsuits against the developer for millions of dollars in damages. Though it begs the question: Who is responsible? The designer? The developer? The owner? Or building officials?

Incredibly, there were no fatalities – this time. More often than not, in a fire this extreme, lives are lost – not to mention the devastating property damage and the people who are left homeless, with life-long treasures gone.

So much loss could have been prevented through more durable, fire-proof construction – starting with concrete block. Edgewater’s fire chief said, “If it was made out of concrete and…block, we wouldn’t have this sort of problem.”

The chief construction officer for the developer, AvalonBay, says it was built to code, adding in a statement that “The purpose of those codes is not to prevent the building from burning down, but rather to ensure that there is sufficient time and opportunity for all occupants to exit safely in the event of a fire.”

Unfortunately, the exit time for a 20-year-old can differ dramatically from that of a senior citizen.

Think about it. When it comes to real-life fires and today’s lightweight wood and drywall assemblies… Well, look at the picture and see for yourself.

Demand concrete block construction. Build it from block and build it for life.