At least one dead as fire torches Quebec seniors’ residence 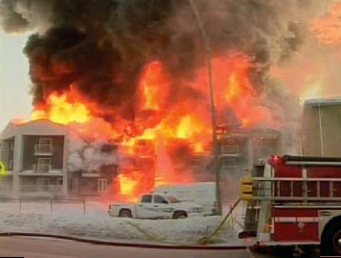 The damage was so extensive the three-storey building collapsed entirely.

While crews picked through the charred remains of the building, investigators hinted that the fire was likely sparked in the building’s electrical room.

Last year, the home passed a fire inspection and yet the flames quickly consumed the building.

A 71-year-old woman is dead and three other people are still unaccounted for.  The fire
came as Saguenay was still reeling from an apartment fire which killed two people on
Jan. 5.

This item would have read differently if the building were built of Concrete Block!